Home
Tutorials
Interested in Buying A Drone? Here’s What You Need to Know:

So, you’d like to buy a drone? Here’s the drone buying guide I wish I had when I first started out.

You’ve seen drones flying, whether it’s just flying, or the pictures and video they produce, it’s something you want to try for yourself, right? But you don’t want to waste money buying the wrong thing, so where do you start? The answer is, right here! Whatever your interest in drones, we are going to walk you through all the options you have, what to look for and how to get started in this amazing hobby by getting it all right, first time. We will show how to avoid expensive mistakes, stay the right side of the law and get the drone that fits your needs, and all without breaking the bank either.

There are different types of Drones

The first thing to know is that there are different types of drones out there, you can even make your own, either from scratch or a kit. However, for a first drone, we will put the DIY option to one side, it requires some technical knowledge that most of us don’t have, and with drones available at more or less every budget today, buying a suitable model is by far the best way to get into the hobby.

Drones that need no assembly are called ready to fly, or RTF, although you may have to attach the propellers still, depending on the model. For beginners, this is really the best option, but even then, there are an almost endless choice of drones, so how do you know what to pick? To decide this, you really need to think about what you want to o with your drone when you get it.

For many, the idea of taking pictures and video with the drone is what is attractive, others just like the idea of flying a drone, some like the idea of a first-person view (FPV) flight, where you use a screen to see as if you were sat on the front of the drone, while others may like the idea of racing drones. All of these are possible with your first drone, depending on the specification you choose.

The specifications you need to look at

Because most consumer level drones are designed to offer a broad range of features to cover everything you may want to do with a drone, knowing what the spec sheets are telling you is the key to finding the best drone for your budget:

The first big choice then, is do you want a drone with a camera or without. If aerial photography is something you want to do, then a camera is a must. The quality you get from the footage is obviously dependent on the camera fitted to the drone, and you get a lot of choice. From basic VGA to full 4K output, you can choose the level of quality that you want.

Obviously, there is a question of cost here, in general, the higher quality camera you want, the more the drone will cost, although there are many budget drones that feature 720p and 1080p resolution cameras that offer a nice balance between quality and cost. For the ultimate in image quality, 4K cameras are the best consumers can get, and if that quality really matters to you, then that is the option to go for.

Other things to look for on the camera is direct recording, that is, the camera records directly to an onboard memory card, as this gives the smoothest recording. In the early days of drones, the video was transferred to the paired phone to be recorded, which degrades image quality, but today you should only see this option on budget phones. The other thing to look for is how the camera is mounted. More expensive drones often feature a gimbal mount, which keeps the image a lot steadier for high quality video. If video is your main focus, it may be worth paying extra to get that gimbal mount.

How long your drone can stay up in the air on a charge, and just as importantly, how long it takes to charge, can have a big impact on your hobby enjoyment. The very best drones have flight times of around 30 minutes, with smaller drones (and smaller batteries) less than that. When looking at the drone specs, recharge time is as important as flight time, as the two together tell you how many flights you can make. Also think about having an extra battery so you can get two flights in at once, so always check that the drone you choose also have spares like extra batteries available.

Flying a drone is a skill you have to practice to truly master, but for beginners, drones often have aids to help with stability and easy flight. One of those is GPS Stabilisation, and that enables to drone to understand where it is, allowing it to hover in one spot without any input, useful as you learn, and great for video. In addition, some drones use this GPS function to offer other functions, such as a one button press to return the drone to your location, which is incredibly useful when starting out of the drone has got away from you a little.

The instructions are important, especially for your first drone, and with most of them made in China or East Asia, its important to check if the instructions are as clear as you would like. Most manufacturers allow you to download instructions from their websites, so if you can, check before purchase. The other aspect of support is the availability and cost of spare parts. No matter how careful you are, there is a chance of needing replacement parts, and you want them to be easily available and affordable.

While understanding the specs will help you narrow down your drone search there is another important thing to think about when purchasing a drone, and that is the legal aspect of ownership. In Australia drones are quite heavily regulated, and in particular, there are a lot of restrictions of where you can fly, especially in city areas. The general rules include the following restrictions for drone flight:

A big part of drone ownership is knowing these rules and following them. They may sound very restrictive, but in reality, most people can find plenty of places to fly and enjoy their hobby in safety with just a little effort.

By focusing on the features that you want, and looking closely at specs, you can find a drone that fits your needs and budget. With so much choice, the key is to research the models to find the one that best suits. Remember, drone flying is fun, but if you follow the rules you can have a lot of enjoyment from that first drone. 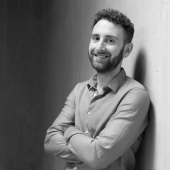 Not only do drones capture amazing, distinctive photos, but they allow for a unique and …
News, Tutorials
More

Eager to test out your new drone? Here’s our guide to flying without getting fined: …
Articles, News, Tutorials
More